Subject: The Lifelong Prison Sentence of the Murderer was decreased to 28 years.
April 7, 2011

Dear Friends,
As you were all informed, Irem Okan, a transwoman was stabbed 44 times to death in Bursa last year. The murderer was caught and the prosecutor demanded lifelong prison sentence to the murderer as stated in the Turkish Penal Code. Yesterday, the judge gave the decision after 5 hearings; stating that the murderer was given 28 years 4 months of prison sentence even though the Penal Code requires lifelong sentence, based on the judgement of the judge that the murderer was in good conduct during the hearings!.
Pembe Hayat has always been protesting the decreases in the sentences given to the murderers after the trans murders for years. This is unacceptable. Judicial authorities award the murderers of trans and this trends continues!.. Since there is no Hate Crimes Legislation in Turkey and that no reference hatred based on gender identity, trans individuals are highly open to murders and there is no legal protection!.
Hope this ends!
Best,
Kemal Ordek
Secretary General || Pembe Hayat LGBTT Solidarity Association
Address: Atac 1 Sokak 3/8 Yenisehir, ANKARA || Tel: +90 554 465 57 29


Dear Tamara,
In December, when President Obama signed the "Don't Ask, Don't Tell Repeal Act of 2010," I breathed a sigh of relief. Although there is still work to do to make repeal fully inclusive and get it implemented, my hope was that at least now we would not lose another servicemember because of that discriminatory law. After so many discharges even as late as last year [1], I thought we were finally out of the woods.
Sadly, I thought wrong.
A short time ago, we were contacted by an active-duty servicemember who -- despite the repeal of this horrible law -- is still going through the process of being discharged. The process started for him on November 8, 2009, when someone anonymously outed him after seeing his MySpace page.
Within weeks, his discharge process began -- but it limped along while the government waffled about what to do about repeal. A year went by before he got any kind of update, each day believing it was his last day to serve his country. After the repeal bill was signed into law, he believed his case to be over.
But Derek got bad news earlier this month. Despite DADT repeal, his case is still being pursued and his hearing is scheduled for tomorrow. With implementation still not in place, is this the Navy's attempt to slip in another discharge or bully him with a hearing...just because they still can?
Click here to show your support for Derek and to fight back against his discharge!
Derek joined the Navy right after high school -- here are his own words:
This lengthy matter has been tearing me up; it has destroyed relationships and displaced loved ones who were relying on me. But even after the U.S. Government has made it clear they don’t want this law in effect the Navy has said that, because the paperwork has been submitted and the policy is technically still active, they have no choice but to continue.
I have been in the U.S. Navy since I graduated high school. It’s all I know and all I want to do. I have dreams of grandeur, hopes of retiring a young, highly-decorated, respected senior enlisted sailor. My resolve is weakened but not broken. I just have to place my fate in the hands of three strangers -- strangers who I hope have strong moral convictions and like-minded sentiments to my own.
Click here to add your name to the list of supporters Derek will take into his hearing with him!
Get Out! Get Active! GetEQUAL!
Robin McGehee, Director

Queer and trans. feelings are equivalent to illegal migrants in their own countries

For Immediate Release
Contacts:
Cary Alan Johnson, Executive Director, IGLHRC (New York)
Tel: (347) 515 0330; Email: cjohnson@iglhrc.org
Reginald Dupont, Program Manager SEROvie (Haiti):
Tel:             +509 37569768       Email: regidupont@yahoo.fr
(New York, March 28, 2011) Violence and discrimination against lesbians, gays, bisexual and transgender (LGBT) people has increased since the January 2010 earthquake, the International Gay and Lesbian Human Rights Commission (IGLHRC) and SEROvie said in a briefing paper issued today. The paper, The Impact of the Earthquake, and Relief and Recovery Programs on Haitian LGBT People, documents anti-LGBT human rights violations that have occurred since the earthquake.
“UN Agencies, private organizations, and governments must recognize the horrible impact of the Haiti disaster on LGBT people,” said Cary Alan Johnson, IGLHRC’s Executive Director. “While the needs of some marginalized groups are at least acknowledged, LGBT people are completely ignored.”
Perhaps most shocking, conservative religious leaders in Haiti even blame LGBT for the earthquake, leading to increased stigma and violence.
“In the days and weeks after the earthquake, we were shouted at in the streets…you gay people, take your sin and go, you are responsible for this tragedy’” said Reginal Dupont, Program Manager at SEROvie. “Many masisi were attacked, verbally and physically.”
This irrational blaming of LGBT people for natural disasters is a global phenomenon, with conservative evangelicals like Pat Robertson having blamed homosexuality for the devastation of Hurricane Katrina as well as other natural disasters.
The findings detailed in IGLRHC/SEROvie briefing paper are based on more than 50 interviews conducted by IGLHRC and SEROvie in Haiti in April and September of 2010 with LGBT people and representatives of relief organizations, the United Nations and diplomatic missions in April 2010.
The much-needed security, health and community services provided by organizations such as SEROvie - rare enough before the quake - have been devastated and this has compounded the vulnerability of people whose lives were already characterized by secrecy, isolation, discrimination, and violence.
According to Reginald DuPont, SEROvie’s Program Manager, “Our center was a place for LGBT people to relax, obtain services, and find acceptance. The earthquake destroyed our offices, took the lives of fourteen young men, and deprived the community of a safe haven.”
IGLHRC and SEROvie acknowledge the devastation suffered by all Haitians but it is important to note that LGBT Haitians suffered a range of human rights violations, including those related to their right to security, in particular ways. “LGBT people rely on friends, family and trusted neighbors for security,” said Johnson, “The earthquake disrupted regular patterns of movement, scattered friends, families, and neighbors, and damaged or destroyed the doors, windows, and walls that had previously provided some measure of safety.”
As the briefing paper notes, the basic rights of LGBT Haitians were violated in other ways. Interviews with Haitians and international aid workers show how, for example, the well-intentioned policy of distributing emergency food rations to female heads-of-households had the unintended side-effect of excluding many gay men and transgender people living in families without an adult female. Many lesbian women living without male relatives or friends, although otherwise able to obtain food aid, were discouraged by chaotic and dangerous distribution lines.
This increased vulnerability of LGBT people in disasters and emergency response situations is not unique to Haiti, and IGLHRC and SEROvie draw on similar experiences from the 2004 Indian Ocean Tsunami, the 2005 Hurricane Katrina in the US and the 2010 Chilean earthquake in the briefing paper’s conclusions and recommendations.
“While earthquakes, tsunamis and hurricanes and other natural phenomena will continue to occur, there is nothing natural or inevitable about the ways in which LGBT people are denied equal access to housing, food and security that could mitigate the impact of such disasters,” said Johnson.
IGLHRC and SEROvie urge the government of Haiti and other governments facing such disasters, as well as donors and aid agencies, to base relief and reconstruction efforts on the respect and promotion of all human rights, regardless of sexual orientation and gender identity, and to include LGBT organizations in relief and recovery efforts.
A PDF version of The Impact of the Earthquake, and Relief and Recovery Programs on Haitian LGBT People in English and French is available here >> 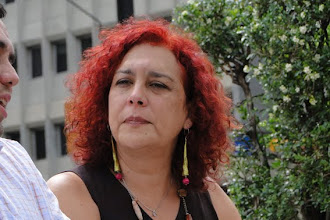